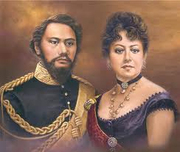 The Rev. Thomas Nettleship Staley was appointed to be the first Bishop of Hawai‘i.  He arrived in Hawaii in October 1862.  A few years later, Bishop Staley convinced the Rev. George B. Whipple to establish a mission in Wailuku.

Rev. George B. Whipple and his wife Mary, together with their Native American foster daughter, an Ojibway/French girl named Clara Mokomanic, landed at Maalaea Bay on February 18, 1866.  As they were not expected or met by anyone, the Whipples walked to Waikapu.  On Sunday, February 25, 1866, Rev. Whipple conducted the first services in a school house in Wailuku.

King Kamehameha V gave 1.84 acres of land on which to erect a church, school, and rectory.   The Church of the Good Shepherd was built on this parcel and was first used for service on Christmas Day, 1866.  The name for the church was taken from Good Shepherd parish in Faribault, Minnesota, where Rev. Whipple had lived and where his brother was Bishop. 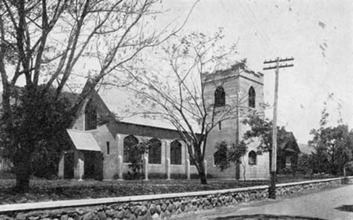 At its annual meeting on February 10, 1926, the church passed a resolution concerning self support.  The Church of the Good Shepherd became an independent parish by declaration of Bishop La Mothe on April 16, 1926.

Our history serves to remind us we are blessed as a parish; we are blessed with the time, talents, and treasures of our predecessors; and we must continue to be faithful stewards of everything God has given to us.